Pot Dispensary vs. Cannabis Pharmacy: Is It Just Semantics? 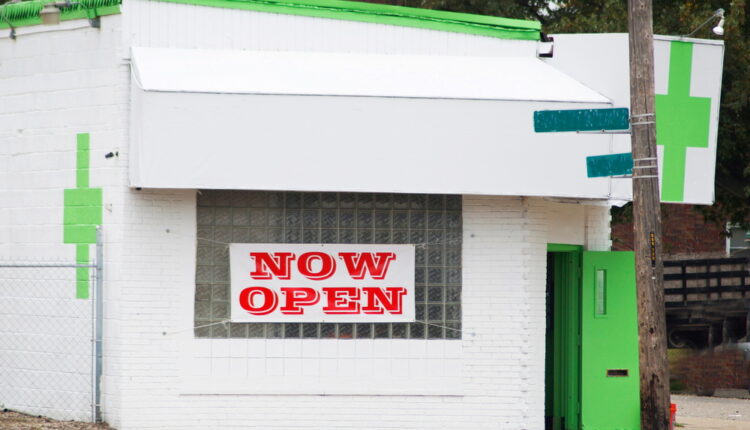 If you are of a mind to buy legal cannabis in one of the thirty-seven states that now allows it, where would you go? A recreational user in Southern California might go down to the local pot dispensary. Likewise, a medical cannabis patient in Oklahoma might pay a visit to a cannabis pharmacy. Is there any real difference, or is it just a matter of semantics?

That is a hard question to answer. For starters, various states choose their terms based on how they want their positions on cannabis to be perceived. Add to that the many differences within the cannabis community itself and you have people using their preferred terms for any number of reasons.

From a purely functional standpoint, pot dispensaries and cannabis pharmacies serve a similar function: they sell cannabis products to customers. Most of them also sell delivery systems and accessories, too. But when a distinction is made, it is generally made to differentiate between recreational and medical consumption.

Only eighteen of the thirty-seven states with legalized cannabis allow recreational use. The rest do not. Utah falls under the latter category. Their program is a medical-only program, and state lawmakers do not see a pathway to making it recreational at this point.

The thing about Utah is that the state is very particular about terminology. It insists that entities like Beehive Farmacy be referred to as cannabis pharmacies rather than dispensaries. Incidentally, Beehive Farmacy has locations in both Salt Lake City and Brigham City. Their two locations are among only fourteen currently operating in the entire state.

Utah regulators prefer cannabis pharmacies over pot dispensaries because they do not want to give any impression that they support recreational use. Similarly, they insist on speaking of cannabis rather than marijuana. The term ‘marijuana’ has negative connotations that Utah lawmakers don’t want associated with the Beehive State.

It is pretty easy to understand the cannabis pharmacy concept in medical-only states. But things start getting a little dicey in states that allow recreational use. Such states include California, Colorado, Oregon, and New York. Those states have both pot dispensaries and cannabis pharmacies.

In theory, recreational users would visit pot dispensaries while patients with medical cannabis cards would go to their local cannabis pharmacies. But let’s be honest, does it really matter?

Medical cannabis proponents say that maintaining a medical program even in recreational states guarantees that patients get higher quality product and potential access to more potent medicines. Whether or not that’s true, patients have to jump through hoops to get their cards. They could more easily go down to the pot dispensary and get what they need without having to go the medical route.

Objectively comparing the environments in medical-only in recreational states leads to a possible conclusion some might find uncomfortable: drawing a distinction between pot dispensaries and medical cannabis pharmacies may be nothing more than an attempt to elevate medical use as something more honorable.

If this is truly the case, elevating medical use does not have to be a negative thing. There are all sorts of substances our culture utilizes for medicinal purposes that we would not recommend otherwise. Unfortunately, we have created a dichotomy by promoting both recreational and medical use side-by-side.

With that in mind, it would appear that the difference between pot dispensaries and cannabis pharmacies is little more than semantic. Both types of enterprises essentially do the same thing. Using different terms only serves to illustrate an operation’s primary customer base. But other than that, there is not much difference.

How does your body react when you use legal Steroids for bodybuilding?

Precautions of Choosing Drug Rehab: What to Look For